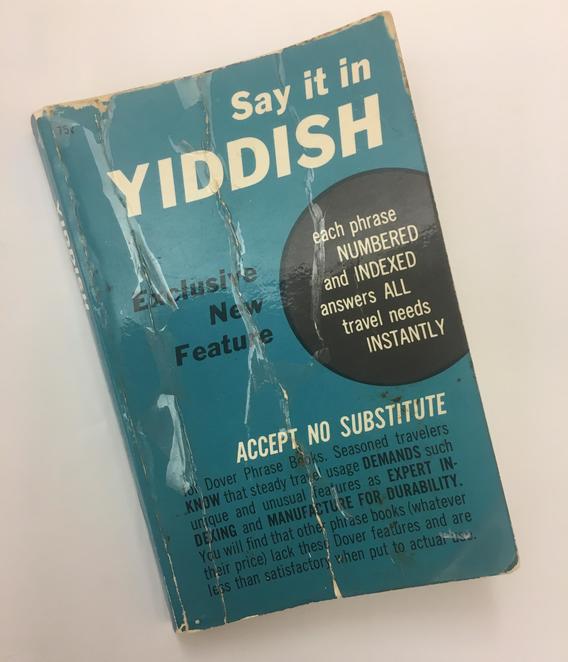 A widely accepted yet variably interpreted aspect of Yiddish Studies is the field’s remarkable ability to accommodate difference. Yiddish Studies are, to many scholars, an interdisciplinary field at their heart. From Jonathan Boyarin’s essay “Yiddishe visnshaft un di postmodern” to Jeffrey Shandler’s theory of queer yiddishkeyt, Yiddish language and culture have been theorized as sites where “otherness” finds a place.

This idea of the rich intersectional power of Yiddish lay at the heart of the lecture series offered by Justin Cammy, Director of the Naomi Prawar Kadar Program, during the Summer course of 2021. It was my good fortune to attend this course as a Naomi Fellow for the second time (I first participated in July 2018). The course consisted, as it did in the past, of a journey through Yiddishland (i.e. Poland, the former Pale of Settlement), and intensive language and literature courses at Tel Aviv University in Israel. That first experience in 2018 was a whirlwind; I arrived one day before classes began in Tel Aviv 20 hours after completing a separate study course on Russian literature in the Baltic states. The transition was challenging at first, not least of all because I felt still felt intellectually and emotionally tied to somewhere else. Ultimately, however, that sense of displacement fell into place, so to speak, as I came to realize that Yiddish is by its very nature de-centered.

I rediscovered that feeling, albeit on different terms this summer, once more. I attended lessons and lectures, walked through synagogues, and watched multimedia art shows projected onto the side of a skyscraper all from my home in New York. Researchers in Poland, artists in Germany, and scholars in Israel gathered on my screen and, from their various perspectives (geographical and intellectual) built for me a composite picture of a Yiddishland that never quite existed and yet, has never ceased to exist.

In 1997 Michael Chabon composed a tragicomic essay entitled “Guidebook to a Land of Ghosts.” The piece was inspired by the discovery of a Yiddish phrasebook called Say It in Yiddish, which he called an “absurd, poignant artifact of a country that never was.”[1] 24 years later, for me Say it in Yiddish doesn’t carry the same tragic quality that it did for Chabon. There is certainly tragedy in the Yiddish world, and its most immediately manifestation is not unique to Yiddishists and Yiddish libhobers; the need for physical separation and a general concern for our health as we continue to work through the COVID-19 pandemic touches all of us in the academy and elsewhere.  Forgive me what is surely a sentimental turn, but thinking about—and in—Yiddish in the wake of a global tragedy that has claimed many lives, I can’t help but find joy in the connectivity of our modern Yiddishland, even (or perhaps, especially?) in its unique virtual iteration. Maybe Yiddishland never had and never will have stable borders, but I think those tendencies toward inclusivity and adaptability—that inherent intersectionality—is what makes Yiddish an exemplary language of perseverance.