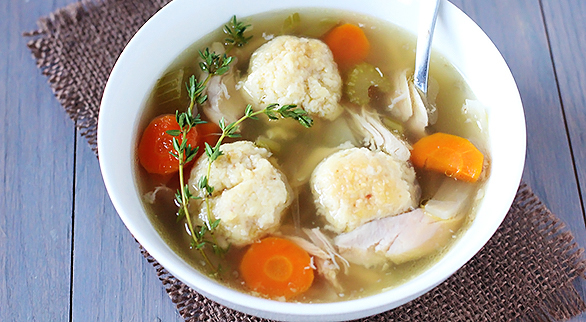 My experience growing up Jewish has been marked by two themes: complaining about Hebrew School, and eating serving after serving of my grandmother’s matzah ball soup. The latter is what kept me in the faith. Matzah Ball Soup is a staple of Jewish cuisine and culture; it is the ultimate comfort food, a grandma kind of food, the kind of soup you want to eat on a cold day after coming home from school.

For those of you who may not know, Matzah Ball Soup is chicken broth mixed with carrots, celery, onion, sometimes dill, with a ball made of matzah meal.Beyond its simple recipe and homey feel, Matzah Ball Soup has a rich history, and there are many controversies surrounding it, down to the way its pronounced.

The History of Matzah Ball Soup

Check out the video below for a history of matzah, and how matzah ball soup came to be. This brief documentary traces the history of Matzah Ball Soup back to the discovery of Matzah in the biblical days, when Moses led the Jewish Exodus from Egypt.

This documentary was published on a previous iteration of this website. It was created by Luan T. To, Max Tawil, and Miriam Aniel.

These original matzah balls were called “kneydlekh” (also spelled knoedel or knaidel), and mostly the Germans, Austrians, and Alsatians used them in soup. Once Jews moved to Poland, they referred to them as knoedela. By the 1930s, the U.S. Manischewitz company began packaging the product with the name, “Alsatian feathery balls.” According to prominent Jewish cook Joan Nathan, U.S. comedians and vaudeville performers called them “matzah balls,” and the name stuck. ((“Celebrating Passover: The History and Symbolism of Matzo Balls.” Morning Edition. NPR. WNYC, New York. April 3, 2015. Radio.))

While most recipes for matzah ball soup look pretty similar, the ratios of fat and liquid to matzoh meal, beating the egg whites separately, or using butter instead of chicken fat produce hugely different results. The main difference between matzah balls soups are floating matzah balls, or dense, “sinker” matzah balls. If this debate appears asinine, the difference is surprisingly very noticeable upon tasting the two varieties. According to Jake Lebewohl, former owner of the Second Avenue Deli, people prefer only what they’re used to.

Proponents of light, fluffy, “floaters” employ stiffly beaten egg whites or club soda to lift their batter. In the other corner are the “sinkers,” more substantial matzah balls which sometimes have a hard center.

Jewish cooking maven and author Joan Nathan prefers fluffy matzah balls. She relies on the right balance of egg to matzoh meal and carefully monitored cooking time. Too much matzah meal could produce a heavy, laden texture. If cooked too long, the balls can loose their flavor. To make Nathan’s matzah balls, see the New York Times video below:

Meanwhile, food writer and critic Mimi Sheraton prefers a denser balls, with a slightly solid center, surrounded by a fluffier exterior. To produce this effect, Sheraton uses enough fat to produce a silken texture, but not so much fat that the balls are greasy. See below Sheraton’s recipe from her book, From My Mother’s Kitchen. ((Sheraton, Mimi. From My Mother’s Kitchen. “Knaidlach.” Online via Epicurious, http://www.epicurious.com/recipes/food/views/knaidlach-108016))

Beat the eggs lightly with cold water. Add the chicken fat and stir until the fat dissolves. Add 1/2 teaspoon salt and a pinch of pepper.
Gradually beat in the matzoh meal, 2 tablespoons at a time, proceeding slowly as it thickens so you do not add too much. The mixture should be as thick as light mashed potatoes, and just a little soft and spongy. Add salt and pepper as needed. Chill for 5 to 7 hours.
Half an hour before serving time, bring 2 1/2 to 3 quarts of water to a boil. Add a handful of salt, as for pasta.
With wet hands, or two tablespoons dipped intermittently in cold water, shape the mixture into balls about 1 inch in diameter. Drop gently into the boiling water, cover pot loosely, and let boil at a moderately brisk pace for about 25 minutes.
When one ball tests done (cut it open and see if it is light and cooked all the way through), remove all carefully with a slotted spoon. Serve in hot chicken soup.
Variation:
To make fried matzoh balls, chill the cooked balls overnight. In the morning, cut into slices between 1/4 and 1/2 inch thick and fry slowly in hot butter or margarine, turning so both sides become golden brown and the slices are thoroughly heated. Sheratons “schmaltz” or, rendered chicken fat, in her recipe. The usage of schmatz raises another contentious debate among Jewish cooks. Traditionalists insist that matzah balls cannot be made without real fat. Quoted in Epicurious, Jack Lebewohl joked matzah balls without schmaltz are “assimilated.”

Matzah Controversy #1: How do you spell those round fluffy balls?

While the current article spells “matzah” with an “ah,” almost every article about the ancient food spells it differently. Matza, matzo, matzoh, the list goes on.  Ashkenazic Jews have historically pronounced it as “MAH-tse,” with the last syllable like “the.” Meanwhile, Sephardic 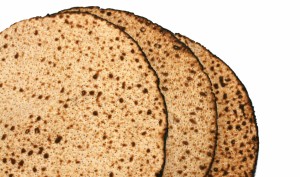 and Israeli Jews say “mah-TSAH,” with the last syllable like the “a” in “Ma.”

The Hebrew word for matzah was originally “מצה.” In the 19th Century, Ashkenazic Jews in Germany transliterated the word into Latin characters, according to liturgical pronunciation rather than its vernacular Yiddish one. They wrote “mazoh,” with the “ts” sound in German indicated with the letter “z.” ((Philologos. “A ‘Matzo’ Mystery.” Forward. 14 Apr. 2016. Web. <http://forward.com/culture/1246/a-e2-80-98matzo-e2-80-99-mystery/>.))

Thus lead to one common spelling, “matzo.” However, all spellings are considered correct because they are all transliterations of the original Hebrew.

But what about the Kneydlekh?

The YIVO Institute for Jewish Research officially transliterated the old term for chicken soup dumplings into “Kneydlekh.” Mavens of Yiddish language raised controversy over the spelling of this word, when it was the winning word of the Scripps National Spelling Bee in 2013.

The Spelling contest relies not on YIVO linguists but on Webster’s Third New International Dictionary, which spells an Americanized version of the word, “knaidel.” While YIVO stayed true to Yiddish transliteration, officials at Merriam-Webster defended their choice of spelling as the most common variant of the word that is written mostly in the Hebrew, not Roman, alphabet.

This argument sheds light on a greater controversy for Yiddishists. Many Yiddish words are not spelled “correctly” 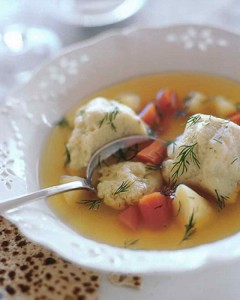 given their Yiddish origins in American English. For example, Hanukkah should be spelled Khanike, and the Sholom Aleichem’s last name should be published as “Aleykhem.”

As quoted in The New York Times, professor of English and Judaic studies at the University of Michigan said “The argument is whether we make things comprehensible to the public or insist on the purity of the language.”

For Norich,“Since the whole world seems to have heard about this spelling as the one that won Arvind Mahankali the national spelling bee, it has gone that much further to becoming recognized and accepted as the standard spelling…That’s how it works.” ((Berger, Joseph. “Some Say the Spelling of a Winning Word Just Wasn’t Kosher.” The New York Times 1 June 2013: A1. The New York Times. 31 May 2013. Web. <http://www.nytimes.com/2013/06/01/nyregion/some-say-spelling-of-a-winning-word-wasnt-kosher.html?_r=0>.))

Cooking matzah ball soup isn’t too labor intensive, but it does take several hours for the soup to finish cooking. Without that kind of time, check out on the map the best places to eat matzah ball soup in New York! The author’s personal favorites are Bubby’s in Meatpacking, Barney Greengrass in the Upper West Side, and of course, The Second Avenue Deli in Midtown. In the food category on the map, check out all the restaurants labeled “Matzah Ball Pilgrimage.”

One thought on “Matzah Ball Soup: History and Spelling Tests”