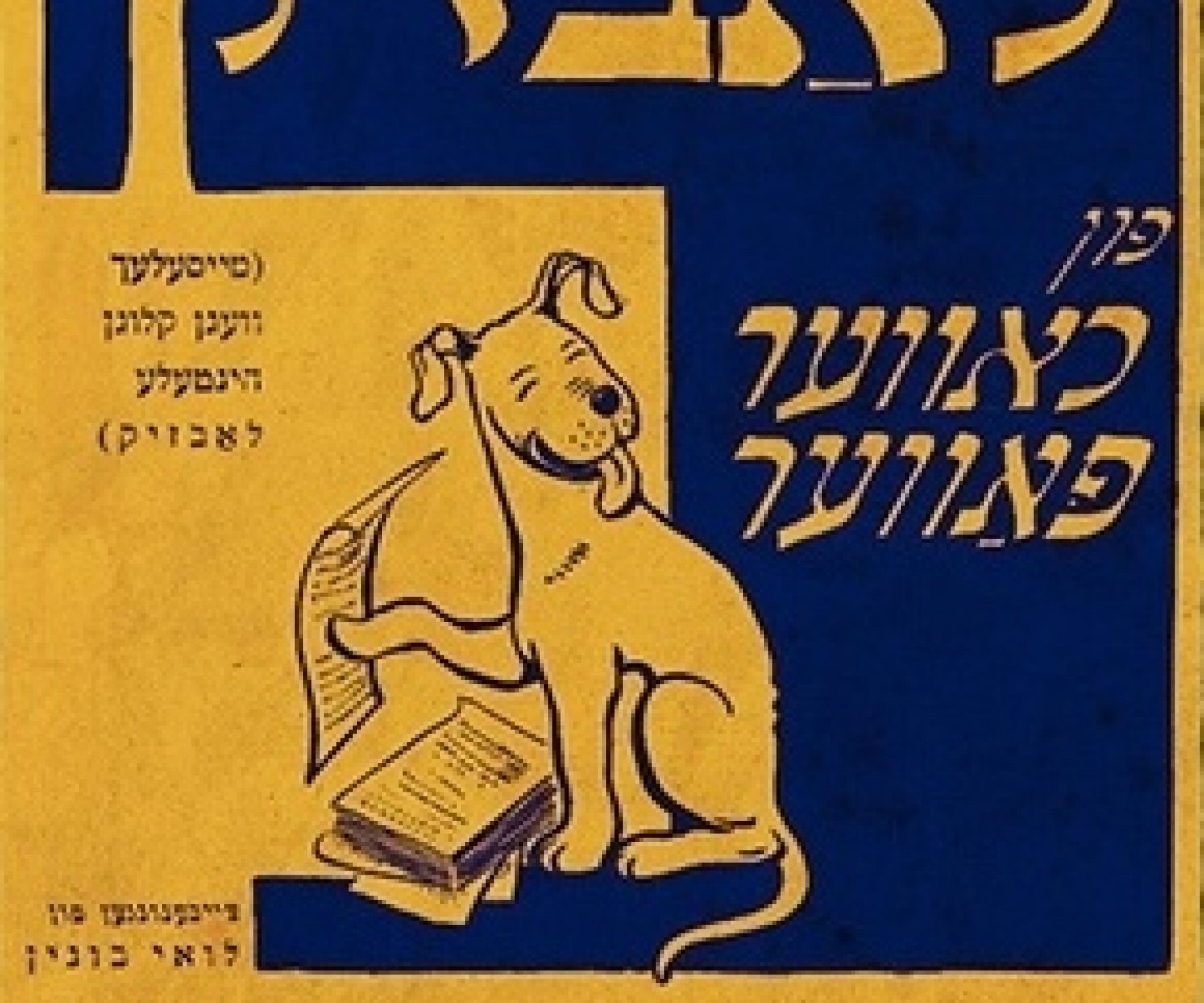 One of the most engaging and enriching talks of my 2021 Naomi Prawar Kadar experience was rather unexpected:  Miriam Udel’s workshop on Yiddish children’s literature.

Let me begin by saying that I rarely consider children’s literature within an academic setting, much less in life more broadly, and so I wasn’t quite sure what I would take away from the workshop. However, as Professor Udel led us through a discussion of the texts at the heart of her scholarship, I was stunned by how very “adult” these children’s texts in fact are.

Children’s literature, particularly at the beginning of the twentieth century, was meaningfully engaged in and informed by the political discourse of the day. The range and diversity of publication spaces (Australia, New York, and Berlin, to name a few) produced a body of work that was decidedly transnational, though unified in its use of Yiddish. The various publishing houses and organizations printing in Yiddish espoused a range and diversity of political philosophies. For example, children’s literature in Yiddish was published by Labor Zionists, Communists, and Bundists, all of whom saw value in Yiddish language, culture, and literary production, but utilized it to different ends in keeping with their respective ideologies. Furthermore, children’s literature enjoyed a wide range of aesthetic modes and genres; realism, fantasy, journalism and drama were all crafted for a youthful Yiddish-speaking audience. As such, Yiddish publications for children reflected the same big-picture issues and discussions taking place in the “adult” world of Yiddish belles lettres and journalism, albeit more subtly.

This fact was made explicit in our reading of “Labzik,” a children’s story from 1935. The story is told from a dog’s perspective. Labzik, the eponymous pup, lives with a young boy in a multi-cultural neighborhood in Jackson Heights, New York. One day, Labzik encounters a new person whose features are unfamiliar to him, and, thinking this difference is threatening, bites him on the foot. Labzik’s owner and the other humans in his life are ashamed and appalled by his actions. Indeed, his master’s mother turns away from him when he tries to lick her. Ultimately, Labzik learns the error of his ways and internalizes the lesson that his negative assumptions and actions are misguided and dangerous.

This small story succinctly captures big problems at the forefront of American consciousness in 1935—and today. Labzik’s impulse to bite a “dark” boy reflects the persistent prejudices—and their violent consequences—of white chauvinism. Labzik eventually becomes a socially conscious canine, and his transition from impulsive to reflective traces the pervasive ills of white supremacy and the importance of checking and dismantling reflexive biases.